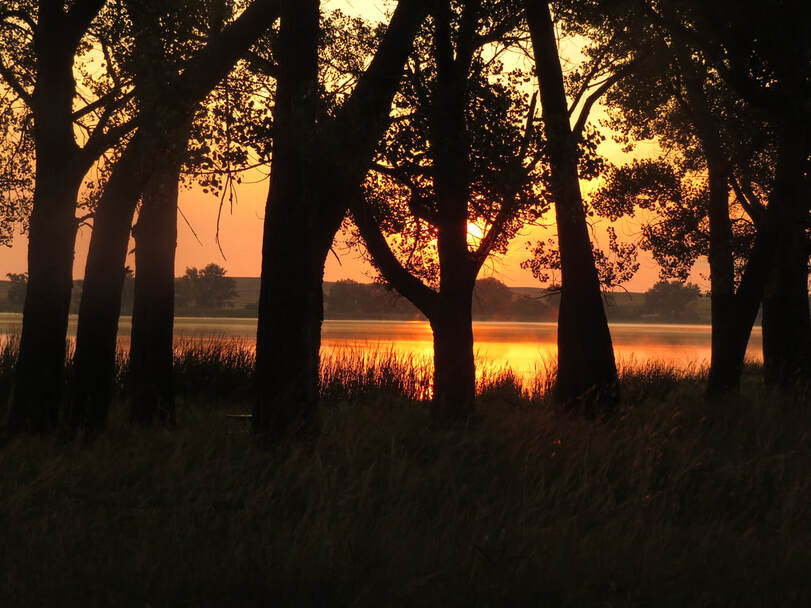 In the Nebraska Sandhills, ranchers on horseback and in pickup trucks share the range with pronghorn antelope, burrowing owls, and long-billed curlews. The native grasses grow greener as the cattle grow fatter.
Throughout the region, river otters and mink swim in streams nourished by springs bubbling up from the High Plains Aquifer. The aquifer, rapidly diminishing in irrigated areas of the western plains, sometimes rises up over Sandhills roadways, creating expanded foraging habitat for black-necked stilts and white-faced ibis.
I got to know this 20,000-square-mile expanse of stunning prairie and thriving wetlands while researching The Last Prairie, a Sandhills Journal (McGraw-Hill 2000, Bison Books 2006), and I'm deeply grateful to University of Nebraska Press for making that book available for all these years. I've met hundreds of readers who never imagined a privately-owned but mostly natural landscape could still exist in the lower forty-eight states. Quite a few, like me, have adopted the Sandhills as a second home.
For more than three decades I've camped out for a couple of weeks a year at one relatively remote Sandhills wildlife area. I've learned to communicate with a family of long-eared owls, felt the warm breath of a white-tailed doe guarding her spotted fawn, and developed an improbable hiking relationship with a wild turkey. I've documented a breeding bird population that is growing more diverse as time goes on, while witnessing the long-awaited return of nesting trumpeter swans.
I hope these personal stories, accompanied by words of insight from Native American writers, Sandhills ranchers, and grassland ecologists, will help others to envision a quieter relationship with the natural world. The practice of living within nature, which sustained our species for several hundred thousand years, still seems attainable in light of the Sandhills experience.
https://www.nebraskapress.unl.edu/bison-books/9781496230270/ 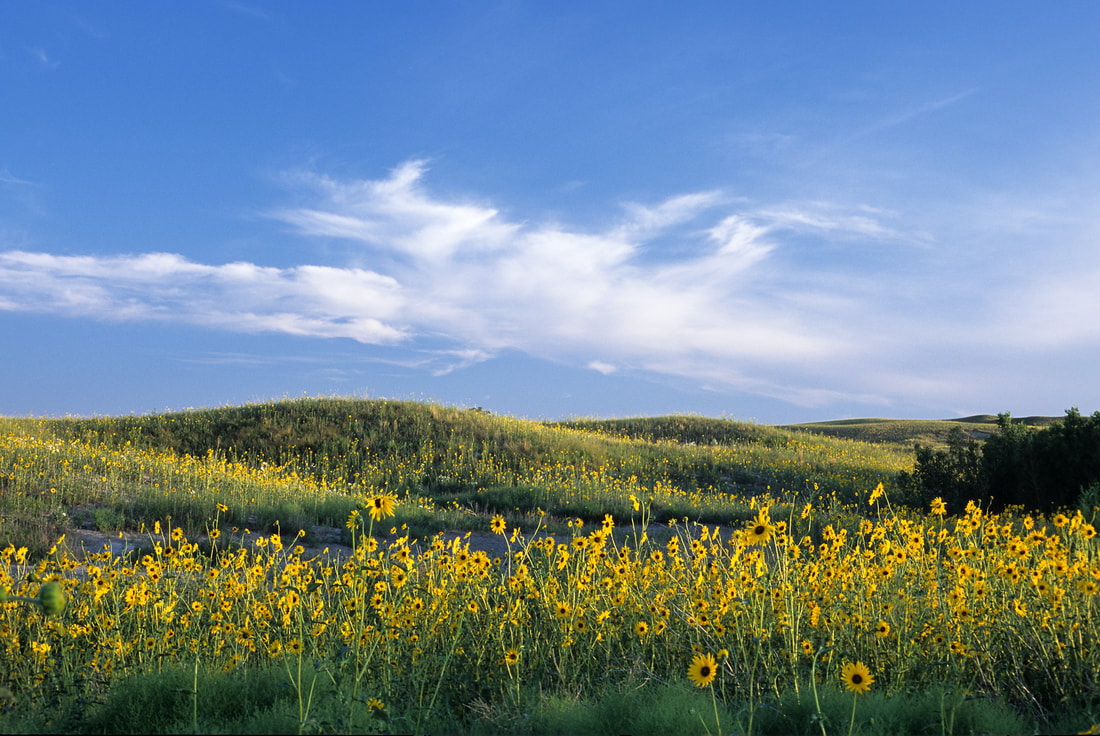 Excerpt from Chapter 4, Feather' s Touch
That evening I stood on the west shore of the lake as the sinking sun set the golden cottonwoods and burgundy-tinted prairie on fire. Groups of white pelicans and cormorants creased the placid water, while tiny emerald-green damselflies floated from one cattail stalk to another. I heard a ripple in the blue, a rolling, pulsating call, and located a flock of several hundred sandhill cranes circling high overhead. The trumpeting intensified as the cranes scrambled into ragged waves and sailed south.
After sunset the coyote families exchanged yips, and the owls began vocalizing from all directions. I counted nine calling individuals--four great horned owls and two eastern-screech owls along the lakeshore, and three squawking long-ears behind my tent. I wandered up that way and lay down in the pine needles, gazing up at the indigo sky.
An owl barked off to my left. I hooted twice, very softly. The owl responded with shy barks and wails. I hooted again and the owl wailed back. I wasn't sure what to make of this exchange, but every time I hooted, the owl responded, and we conversed in that manner until the cold night air settled in and the last daylight drained away from the woods.
Suddenly two of the owls hung overhead, fluttering like giant bats. I could just discern the silhouettes of their round heads twisting around to peer down at me as their wings flailed, struggling against gravity. I felt the heat of their eyes, probing and questioning.
They hovered there for a second or two, nearly within reach, then vanished. All the stars came out and the ponderosas began to shiver and sway. I snuggled up in my sleeping bag and drifted off to the creak and groan of the trees, the rush of the wind, and the calls of hunting long-eared owls.
When I awoke at dawn a dense fog had enveloped the lake and woods, softening the contours of the dunes, amplifying the cries of the wild geese, coating the bending grasses with droplets of glistening dew. In this fresh-made, eiderdown world, each breath felt like a caress, each footstep, a precious gift.
This book was inspired by my mother, Kay Kelly Jones
Artist, equestrian, lover of wildlife and wild places 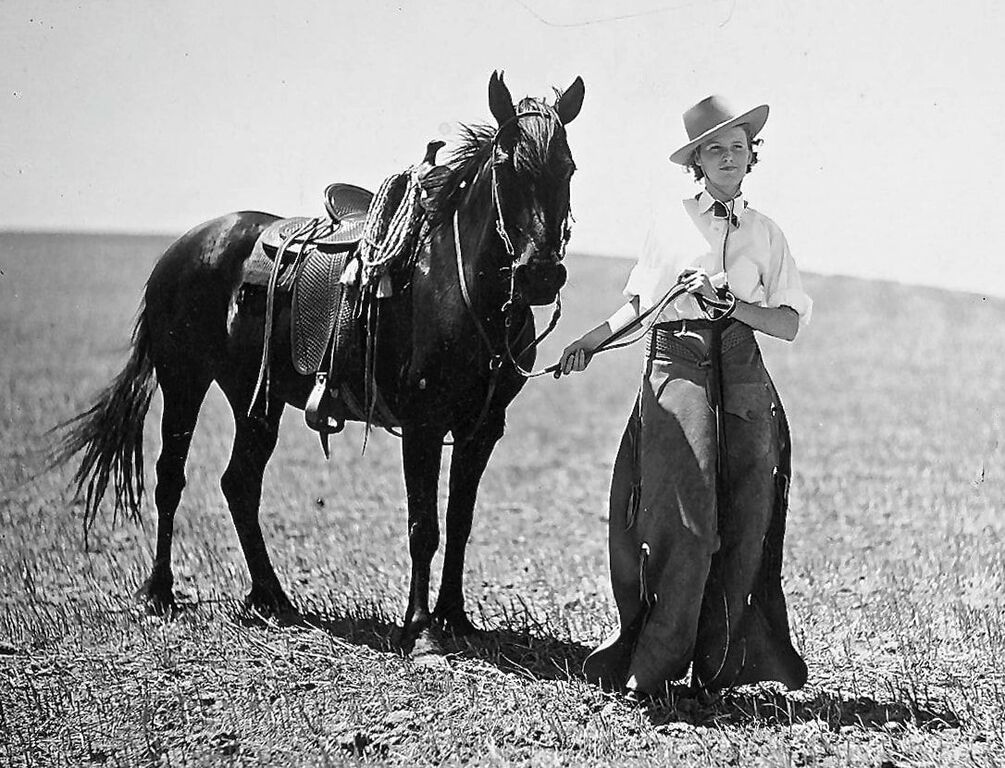